Winemakers since 1985, we pride ourselves in producing contemporary, stylish wines displaying distinctive regional and varietal character. Our winery is located in Langhorne Creek, one of Australia’s oldest wine regions situated along the bountiful Lake Alexandrina in South Australia.

Just like the Blackwing, we secure the best vineyards throughout South Australia selecting only the fruit showing distinctive varietal and regional characters, to deliver wines with exceptional structure and balance.

Generous plum and raisin flavours are complemented by spice overtones. Maturation in French and American oak for 12 months has given the wine subtle vanillin oak characters and added further complexity.

The Shiraz is rich and generous, displaying balckberry and plum characters. The palate has good depth, complexity and length of flavour and has been matured in both French and American oak for 12 months.

Crafted from selected parcels of fruit from premium growing regions within South Australia, First Step wines are consistently fresh and lively and are highly sought for their youthful aromatic and approachable styles.

A beautifully balanced wine bursting with dark berry and plum characters. The soft, rich flavours show good depth and complexity with hints of spice and a long, lingering finish. 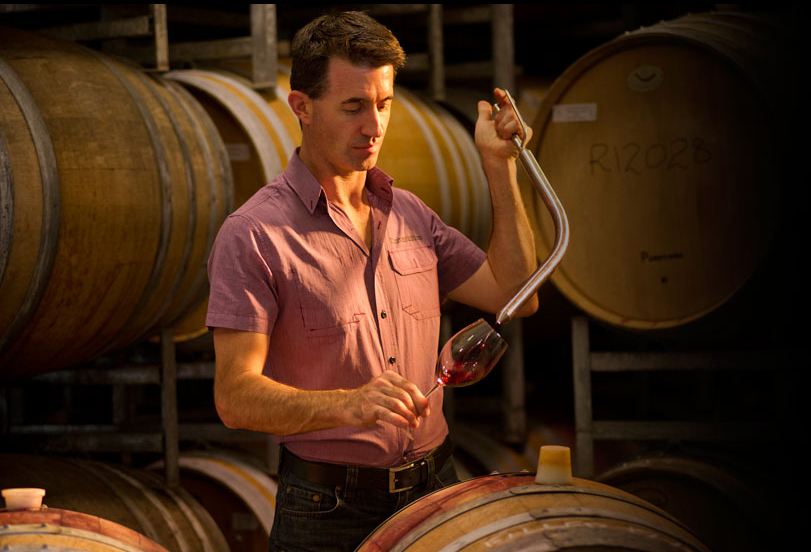 Growing up in the agricultural town of Renmark, South Australia, as a teenager Chris had penchant for pate and brie among other interesting and gourmet textures and flavours, this combined with a fondness for Biology and Chemistry, and some healthy persuasion from his parents led to him completing his wine science degree at Roseworthy College, South Australia.

After graduating Chris spent time in the Hunter and Yarra Valleys, working vintages, before settling as a technical assistant at Katnook Estate in the Coonawarra, where eventually he became assistant wine maker. This then took Chris on a wine maker’s journey to Mildura, McLaren Vale, Clare and back to McLaren Vale as a senior wine maker. After 25 vintages Chris has worked alongside some notable industry legends and has an impressive portfolio of accolades to his name.

Chris loves the weird and wonderful wine varieties that have unusual techniques or come from undiscovered regions but most enjoys discovering a little block of McLaren Vale Shiraz and seeing what he can do with it, watching the wine evolve in the barrel and finally come to fruitation at blending and bottling.